In the past the team of aero-contact has developed various equipment for fire fighting and/or assisted customers and their projects to get these working. Milestones are the development of the Mi-14 Fire Fighter helicopter "Eliminator" in the 90s in Germany, the truck-based Aerosol fire extinguisher for the mining industry in Germany, as well as the Hellblaster system for the "Hellfighters" in Texas in 2006.

The Mi-14 fire fighter was developed in Rothenburg (EDBR) from the Mi-14 anti-submarine helicopter and has been successfully used for wild fire missions in Spain and Portugal. A total of three helicopters out of nine were operated. The project was stopped in 1996 due to internal problems of the operator. The whole project has been stolen later on by a company of the former USSR. 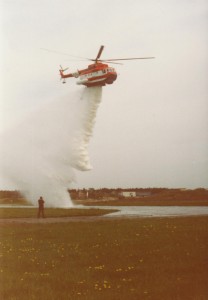 The fire brigade Aerosol fire extinguisher goes back to a development in 1986 by Mr. Hasso Lebenhagen, a bright engineer of the former GDR's power plant "Schwarze Pumpe" in Saxony.

Since then the system has undergone several modifications and is an indispensable equipment for fire fighting in the mining industry, but also for other missions. Consequently, the Vattenfall Europe Mining and Generation Trust asked for one additional unit.

Along with other partners the aero-contact team became responsible for the jet engine part of the Aerosol fire fighter truck.

Click here for more pictures of the fire fighter truck

The "Hellblaster" system was a project of USF Equipment & Services, Ltd.

The folks of the Hellfighters searched the internet and consequently found aero-contact as the source for unusual solutions. aero-contact was contracted to take care of both the VK-1 engine modification and the remote electric engine control system in Texas. 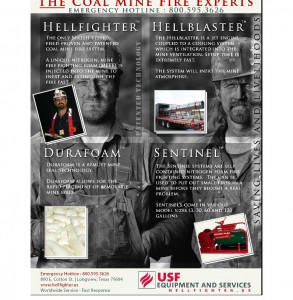 aero-contact has teamed up with the Ukrainian engine design bureau Ivchenko Progress in 2004.

Ivchenko Progress is the well known developer of the AI-25TL engine for the L-39 training aircraft. Besides of developing and manufacturing engines for the aviation industry, Ivchenko Progress has a long history and experience with jet engines, developed for and used in the industry and on fire brigades.

Out of the APU AI-9 helicopter Ivchenko Progress developed the AI-19IGG inert gas generator as a truck-based fire fighting unit.